A Bit Error Rate 2 port sync line quality tester for a Windows PC/Server with a PCIe slot. The FarSync BERT provides a comprehensive, simple to use, all in one, line testing utility for testing synchronous lines from your PC. There are no extra expensive modules to buy to test different line types. 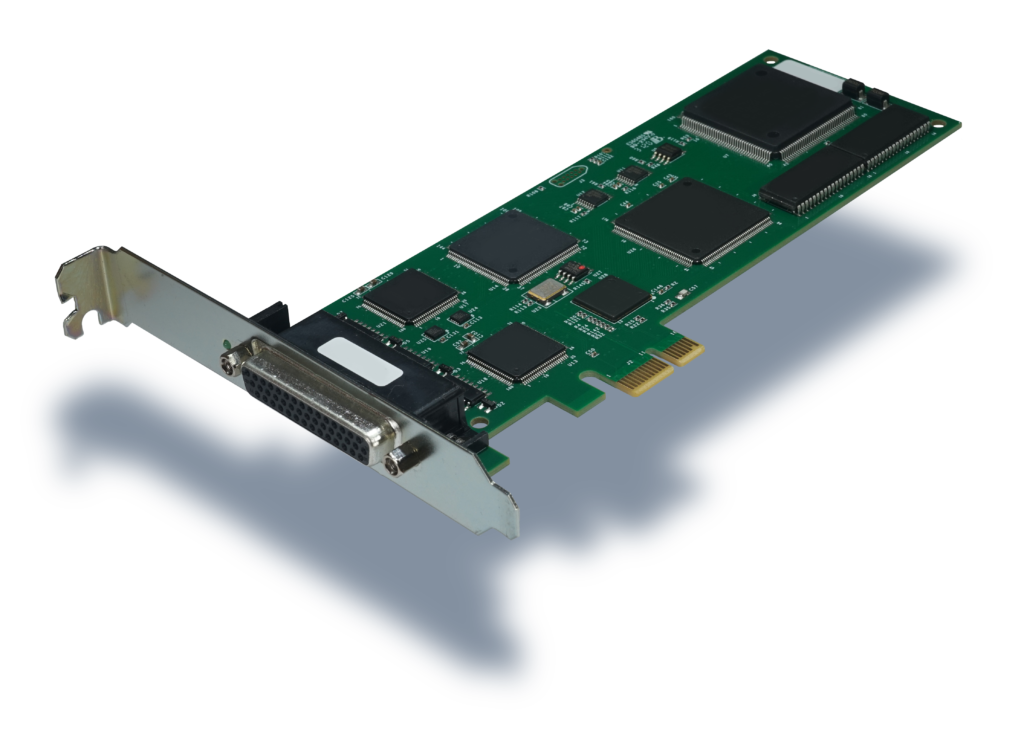 The FarSync BERT provides a comprehensive, simple to use, all in one, line testing utility for testing synchronous lines from your PC. There are no extra expensive modules to buy to test different line types. All the popular standard BERT test patterns can be selected; the test period can be controlled; real time error counters and full line test statistics are provided as well as support for user controlled error injection.

The FarSync T2Ee adapter is fitted in one your PC’s PCIe slots; select one of the cables provided to connect to the line to be tested; the BERT application can then be started and the line quality results are displayed in real time. Multiple FarSync BERT products can be run from a PC.

There is API access for LabVIEW or Windows applications, this allows programmatic control of when tests are run, the tests to be run, and the results obtained.

A wide variety of pseudo random and fixed test patterns may be configured on the FarSync BERT used to test the line. ITU compliant test pattern recommendations are supported, these are compatible with other industry standard BER Testers.

The following pseudo random patterns are ITU-T compliant, they are used to test synchronous lines:

The following fixed patterns can be used to test synchronous lines:

The FarSync BER Tester has a full graphical user interface that enables the user to select and configure the test to be run. The final test results are displayed via the user interface. The status of each test is reported in real-time via the GUI whilst each test is being run. Drop down windows provide additional detailed test results.

The FarSync BERT Tester products is supplied with the following cables, these are the most common network connector types used on synchronous lines.

Additional cables supporting the following other interfaces may be purchased separately if required.

The line test results displays industry-standard count values (e.g. ITU-T G.821) which help indicate the quality of the line under test. The result table shows error rates, expressed as a percentage or in scientific / engineering format.

The network latency can be measured using the round trip delay feature which is particularly useful for testing wireless networks. The results are shown as a readout and graphically with the spread of times measured.

Calibration of the FarSync BERT Products

The product is supplied with multi-channel line monitor software that allows the user to record, display and store line traffic transmitted and received by the BER testing, so for example the test patterns sent and received can be viewed. 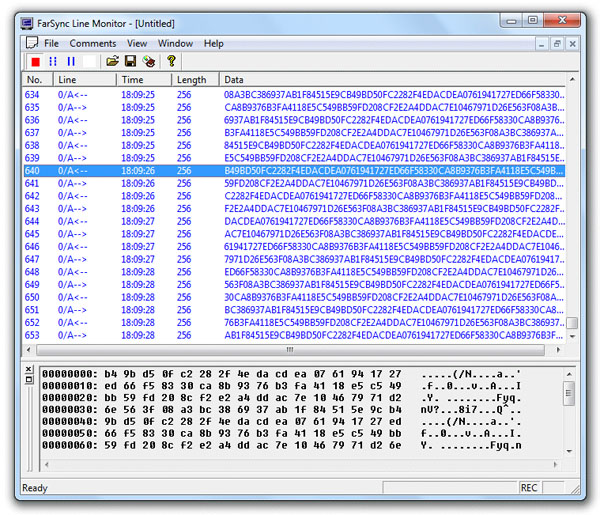 The LabVIEW API allows the BERT functions to be invoked, and results to be read, by LabVIEW programs (VIs). Sample Vis are provided to illustrate the use of the API. All the features available from the GUI are supported by the LabVIEW API. Both 64 bit and 32 bit LabVIEW access is supported.

The BERT’s COM API allows its functions to be invoked, and results supplied back, programmatically from Windows applications. All the features available from the GUI are supported by the COM API. Sample applications are supplied in Python, C# and VBS.

The FarSync BERT can also be used in command line/script mode with the configuration being specified by command line parameters – the results are written to a log file.